It’s been two weeks since we attended the GermanDevDays 2018 in Frankfurt, where we publicly presented All Quiet in the Trenches for the first time… and it was mind-blowingly awesome! We got so much positive and constructive feedback and met so many great and lovely people – we still burn with enthusiasm and gratefulness!

It was fascinating and encouraging to see people interact with and react to our prototype. It was especially gratifying to see how quick people grasped, accepted and embraced the (sadly) unusual core concept of our game – humanity amidst the horror of war – and the uncoventional game mechanics coming with it.

Some players were immediately so emotionally immersed, they didn’t want anybody to get hurt (including the opposing french soldiers). Realizing it is possible to finish the mission anyways, they still eagerly kept playing, trying to somehow get through without losing their own humanity nor betraying their ideals. Others immediately went for a more pragmatic approach, with some even fully embracing the grim logic of war, accepting that people will die and only trying to manage who that will be.

We learned a lot from talking to players and watching them engage with the game. We spend the last week summarizing their great ideas and suggestions, which will shape the further development of our game.

It was also fascinating to see the multitude of cool projects of other exhibitors. We had a great conversation with Boys Laugh + about gender roles – a topic they very sensitively approach in their game Defaction. At the stand of beautiful, Zelda-like Paused, we discovered previous online acquaintances, we weren’t aware of. In VISP, a VR-game for HTC Vive, Jenny would have loved to stay the whole day and keep expanding her space station, but then there wouldn’t have been enough time to spend with Hoshi at his stand, watching players solve tricky puzzles.

The DevDays in general are small enough to feel very personal, but still big enough be very diverse and offer interesting talks, workshops and conversation partners for everyone. The conference has been a uniquely positive experience for all of us and we’re looking forward to attending it again in the following years. 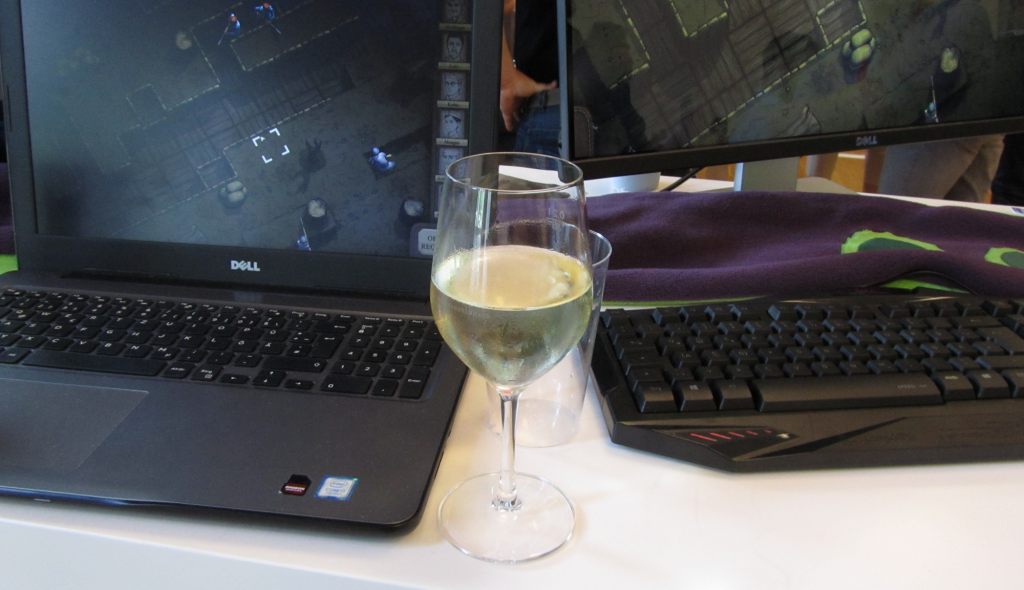 A big “Thank you!” to all the lovely people who visited us at our stand and/or we had the pleasure of talking with, but also to the sponsors, volunteers and organizers of the DevDays – especially to Assemble Entertainment and Stefan Marcinek!

See you again next year, Frankfurt!